My travels to the west coast went smooth enough and Gandalf picked me up in Marysville, Washington on June 29. I would have a day to acclimate to the elevation and climate. Instantly I met my two other house mates and fellow hikers- Salty (triple crowner) and Nom, a South Korean Canadian! Everyone messed his name up so he instantly became Numnum, his propensity to snack proved this a worthy trail name. It was a long day traveled and I was on EST so I excused myself and turned in. Still on EST, I awoke early showered and enjoyed a cup of coffee, Gandalf was next up and told me the new plan! We would go to Harts pass today and hike in, he would join us since it was a four plus hour drive! We hit Mazama and it was still in that crazy heat wave of 107 degrees! As we gained elevation it cooled down to 92! With excitement and anticipation we hiked a quick 6 miles in together and set up camp, meeting 6 other hikers! Salty again invited me to hike with him, but I declined, not wanting to start with big days! I felt good, said a heart felt thanks to Gandalf and started out, my goal was 15 miles per day, my mind and body said go, so I finished the day with 18.2 besides the epic view I watched a black bear cross snow fields for over an hour! Meanwhile I was pleasantly surprised Numnum made it to Hoskins lake too, then Salty- of course he tagged the border and was now a SOBO!I met another 3 SOBO’s. In the morning new friends – Lambo and Alex along with Numnum tagged the border and returned to the lake, all in all 12.6 miles in four hours- I’d say excitement and adrenaline! It didn’t wear off and my body gave me the green light to do a 26.3 mile day! Alex became Guinness too. I waited the next day for him and Numnum and we crossed back through Harts pass and beyond. 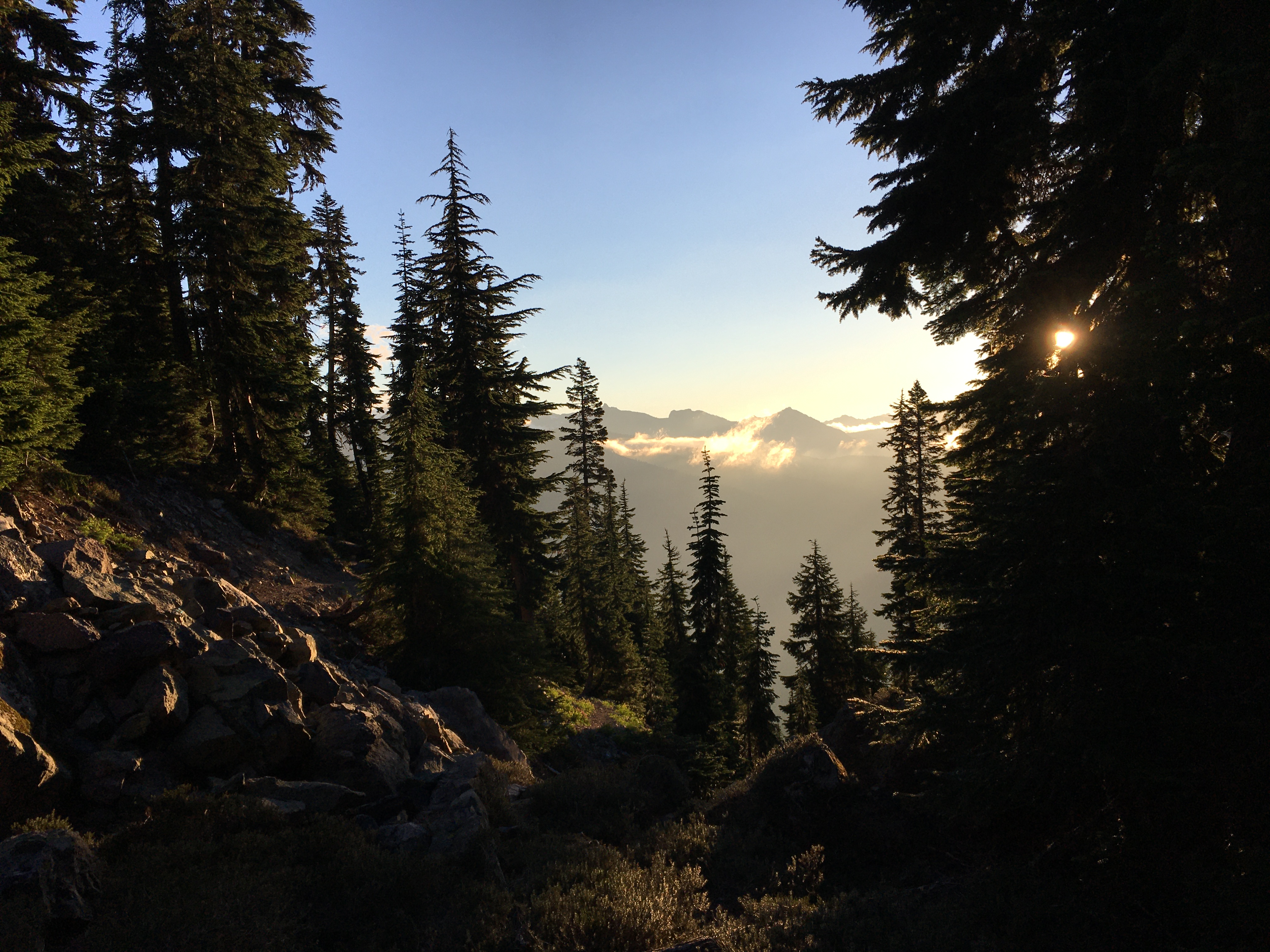 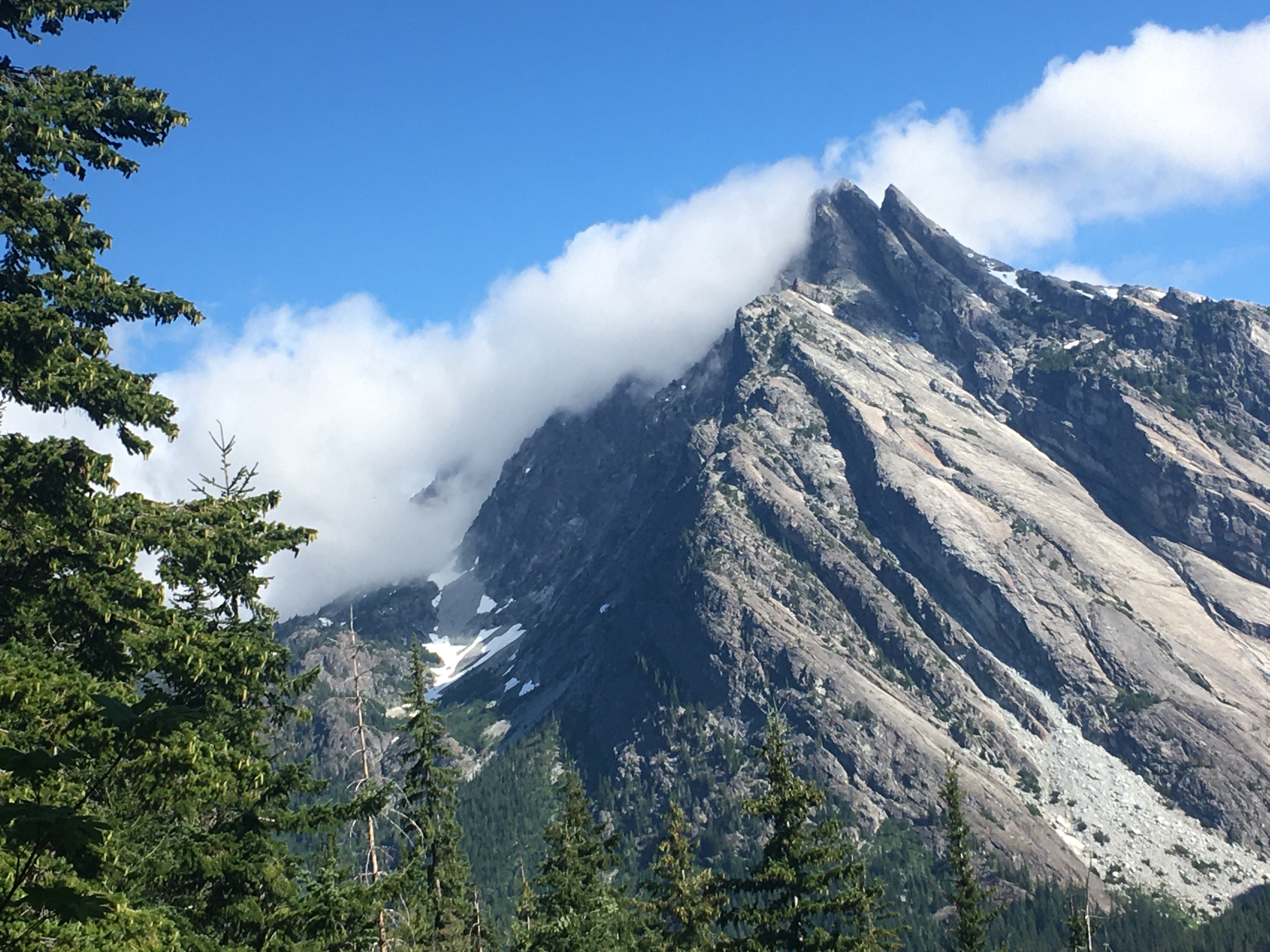 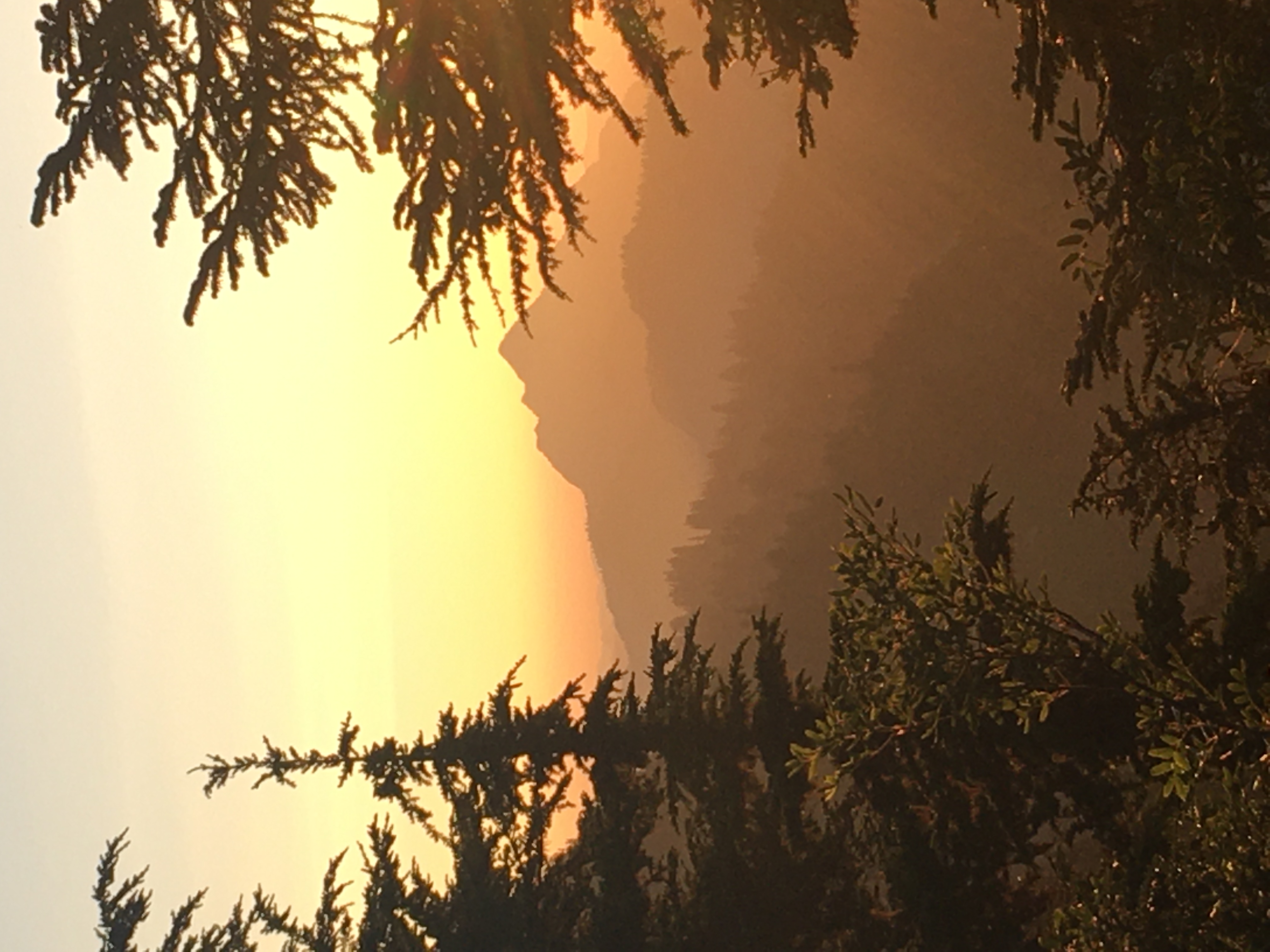 We continued averaging 19 mile days, I saw a nice nanny mountain goat on trail one morning! We did an 8 mile Nero into Stehekin. We caught up to a number of SOBO’s we previously met. We were in a rhythm and the weather was perfect. A trip to the bakery on the red bus then to town for laundry and showers! Hey- it’s Salty again !! Dinner and a fitful sleep in group camping and we awoken to catch the first bus and the bakery on the way back to the trail head! Rain was in the air and the temps dropped, we quick threw on rain gear and hiked in 15.5 miles! This next stretch to Stevens pass going through and seeing glaciers and still frozen glacier lakes was amazing! The weather was perfect and we had a few challenging snow fields and snow bridges. We saw Sandman – the seasons first NOBO- he was great and told us we were all but done with the snow! Finally dry feet! The next day after a 23 miler, we cruised 11 miles into Stevens pass then hitched a ride with an eighteen wheeler hauling apples to Skykomish! Day 14, the end of week two we hitched back to Stevens for part three!! I am in awe of the shear beauty of the cascades!! I’m living a great story for sure!

You can follow Catmando’s adventures on his ,Instagram and he is also hiking to benefit an amazing cause called ,Old Glory Service Dogs.